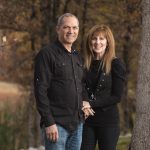 Barry Byrne has been a marriage and family therapist for over 30 years, as well as a devoted student of God’s Word. He has ministered at Bethel Church in Redding, California, in the Transformation Center both as a teacher and supervisor to the counselors. His wisdom, experience and anointing in the area of Spirit-led inner-healing are powerfully matched with the Father’s heart of love to bring about life-changing breakthrough for hundreds of clients and participants.

Lori Byrne is a fourth-generation pastor with a strong gift of discernment and the prophetic. Having counselled people for years within the church, she draws from a vast wealth of wisdom and experience in connecting and building intimate relationships in the body of Christ.

Barry and Lori have been married since 1979, and currently reside in Redding, CA and are on staff at Bethel Church. The delight of their lives are their 4 adult sons, daughter-in-laws, and grandchildren, who are all involved in various ways with their ministry. 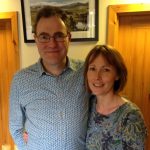 Johnnie & Kate are the Scottish NHM Coordinators  and lead 3.5 day Love After Marriage workshops in Scotland.

They have been married since 1988 and have two fabulous sons. They are passionate for marriage and healing ministry, longing to see people experience the transforming love of Jesus and the reality of His presence through the Holy Spirit.

Jonathan is minister at Chalmers Ardler Church in Dundee, and together with Kate is working to encourage renewal and the expansion of the Kingdom of God in both church and community.

Kate works as a nursery teacher overseeing early years education and is involved in various prophetic and healing ministries. She has trained with Hope Church School of Supernatural Ministries and with Jonathan is an accredited Bethel Sozo practitioner. 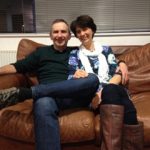 Mike and Caroline Smith were married in August 1984 having met at University. They live in Bath and have two married daughters. Mike retired from Northamptonshire Police in January 2016 after completing his 30 years of service.

Mike and Caroline were introduced to LAM in February 2011 when they went to a five day intensive workshop in Germany. They had been asked by their church in Northampton to pastor marriages and Mike went to Germany hoping to gain tools to help others and Caroline went hoping Mike’s issues would be resolved.

Their experience of LAM has had a tremendous impact on their marriage enhancing intimacy and communication in what was a good marriage. They testify of the freedom and healing they have received through LAM which they see as an ongoing journey of intimacy and maturity in Christ. They describe themselves as LAM groupies – taking every opportunity to attend an intensive LAM workshop or Spirit Connection Training.

Mike and Caroline have led several 18 session workshops within their church and are keen to develop LAM within the Midlands region. 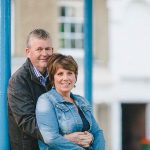 Cliff and Debby live in Horsham, West Sussex and have been married since 1980. They have 5 grown up married children and 10 wonderful grandchildren. Cliff owns his own business in communications, security and IT.

Cliff and Debby went to their first LAM workshop in 2011 in Redding California. At that time, they were not in a good place but knew they were to travel to America for the 5-day intensive course with Barry and Lori Byrne. It was a turning point for their marriage; it brought breakthrough and connection in a way they had never experienced.

Their Love After Marriage journey continued as they were given the opportunity to do LAM over 32 weeks when they were at Bethel School of Supernatural Ministry in 2014/15 for 9 months.  During the last 2 years they have attended several LAM workshops in the UK as well as Spirit Connection Training and at every workshop they witness God bringing revelation , deeper levels of connection and hope to so many couples.

Cliff and Debby currently oversee NHM UK & I so are actively promoting both LAM and SLW. We are excited to encourage  more Weekly Workshops to be established in churches in the UK. Promotion can start with and 3.5 day workshop and we do “LAM Tasters” which could be three hours on a Saturday morning.

They are passionate to see marriages as God intended and love being a part of this anointed ministry. Email us at cliff_debbyj@nothinghidden.com

This website uses cookies to improve your experience while you navigate through the website. Out of these, the cookies that are categorized as necessary are stored on your browser as they are essential for the working of basic functionalities of the website. We also use third-party cookies that help us analyze and understand how you use this website. These cookies will be stored in your browser only with your consent. You also have the option to opt-out of these cookies. But opting out of some of these cookies may affect your browsing experience.
Necessary Always Enabled
Necessary cookies are absolutely essential for the website to function properly. This category only includes cookies that ensures basic functionalities and security features of the website. These cookies do not store any personal information.
Non-necessary
Any cookies that may not be particularly necessary for the website to function and is used specifically to collect user personal data via analytics, ads, other embedded contents are termed as non-necessary cookies. It is mandatory to procure user consent prior to running these cookies on your website.
SAVE & ACCEPT